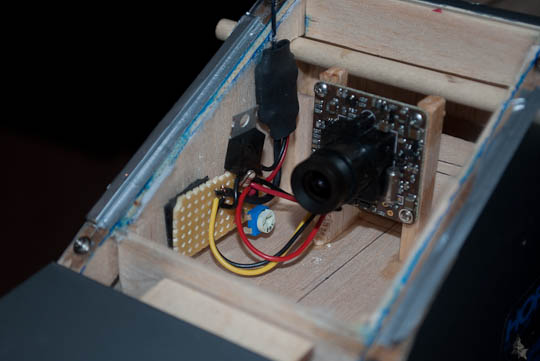 I've just finished building a camera module for my Kadet. When I was building the plane I knew that I was going to try and put a camera and transmitter approximately where the pilot's head would be in a real plane. That means a couple of things: First, it's pretty cramped up there with the flight pack, speed control, and motor. Second, it's a bit of a dirty secret, but forward visibility is usually not so great in most planes. I tried to mount the camera as high as possible, but the front of the lens keeps hitting the glass. I was able to get most of the view clear, but there is a margin on the bottom of the frame that is obscured by the wooden frame. I will probably install some LEDs there to monitor battery charge, current, etc… 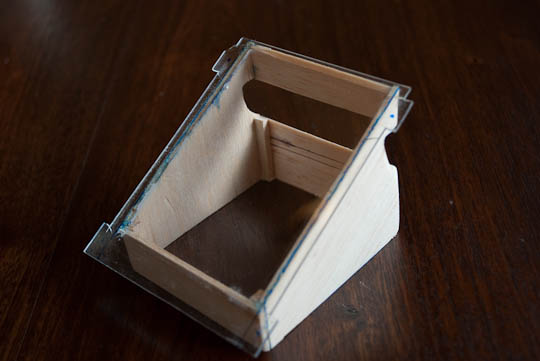 To build the outer frame of the camera module, I traced the shape of the wooden windshield onto a piece of acrylic. After cutting it out I traced the inside of the fuselage onto balsa. I cut out two side pieces and just glued them onto the acrylic. I had to cut a notch into the back side of it to make room for the dowel that the wing rubber bands stretch over. You can see how it fits in the first photo that I posted. 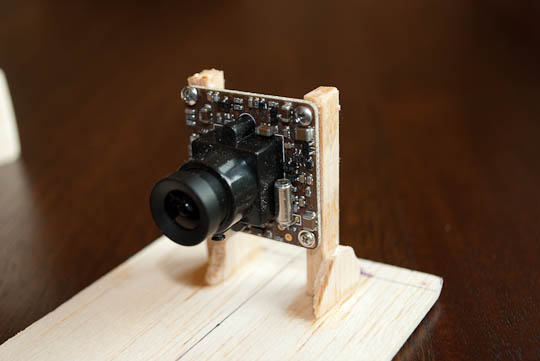 I made a bottom plate by tracing the outer frame onto a piece of balsa. Then,I took some balsa stick and made some uprights. After drilling holes for the screws I soaked some thin CA into the sticks to keep them from splitting. 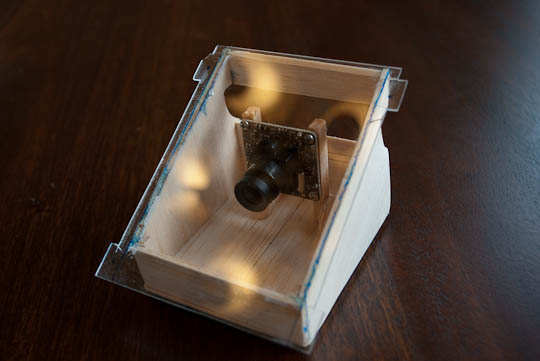 The image above is the completed camera module. At this point, there aren't any electronics other than the camera module. If you look really close, you can see the hole in the top of the windscreen on the top-left (the plane's right). This is for the video transmitter's antenna. The schematic for the camera/transmitter circuit is pretty straightforward.The main consideration is that the camera and transmitter require different voltages. The camera works best around 12 volts, and the transmitter uses 9volts. I only wanted to use one battery, so I had to make a voltage regulator.I used my old standby, the LM317. I also wanted to be able to adjust the transmitter voltage, so I added a potentiometer. The transmitter came with aRCA plug and the camera had a BNC plug on a long cable. I wanted to get rid of all this extra bulk, so I cut them off and connected them using the circuitboard, also. 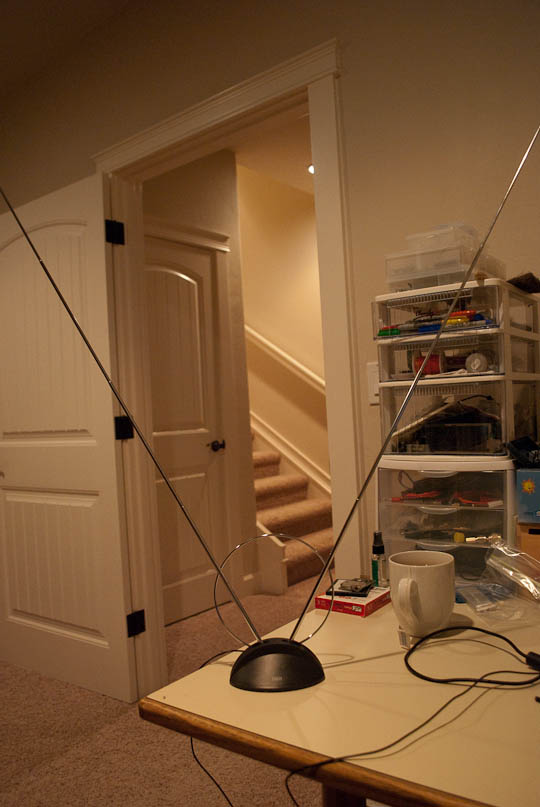 The transmitter works on 433.92 Mhz, which is surprisingly hard to find in consumer products. The obvious reason is that it's in the amateur radio band.But, 433.92 is actually channel 59 on cable. This means that you can use a commercially available USB TV tuner to receive the video. With that in mind, I gathered a few antennas to try. The above photo is an antenna I bought to try.It's a VHF/UHF type from radio shack, I think. I just went for the cheapest available. I also looked for some antennas with "preamplifiers", but I haven't found any that amplify the 400 Mhz band. 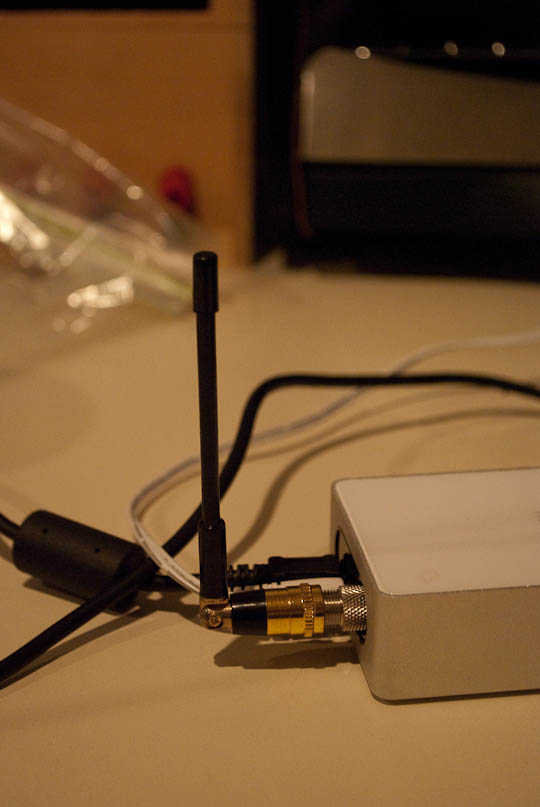 I also tried a whip antenna from an old 900 mhz wireless video system. It's not tuned anywhere near 400 mhz, but I've been lucky before.

I embedded a YouTube video of me walking around the house using each antenna.The bunny ears are much better than the whip antenna. The good thing about the whip is that I may be able to make another whip that is tuned correctly. If the weather's good tomorrow, I'll probably try it out. I'm pretty excited!

Update: There have been a few successful flights recorded with the downlink.The first video was pretty static-y, then I made a new antenna, and now the videos are much better.