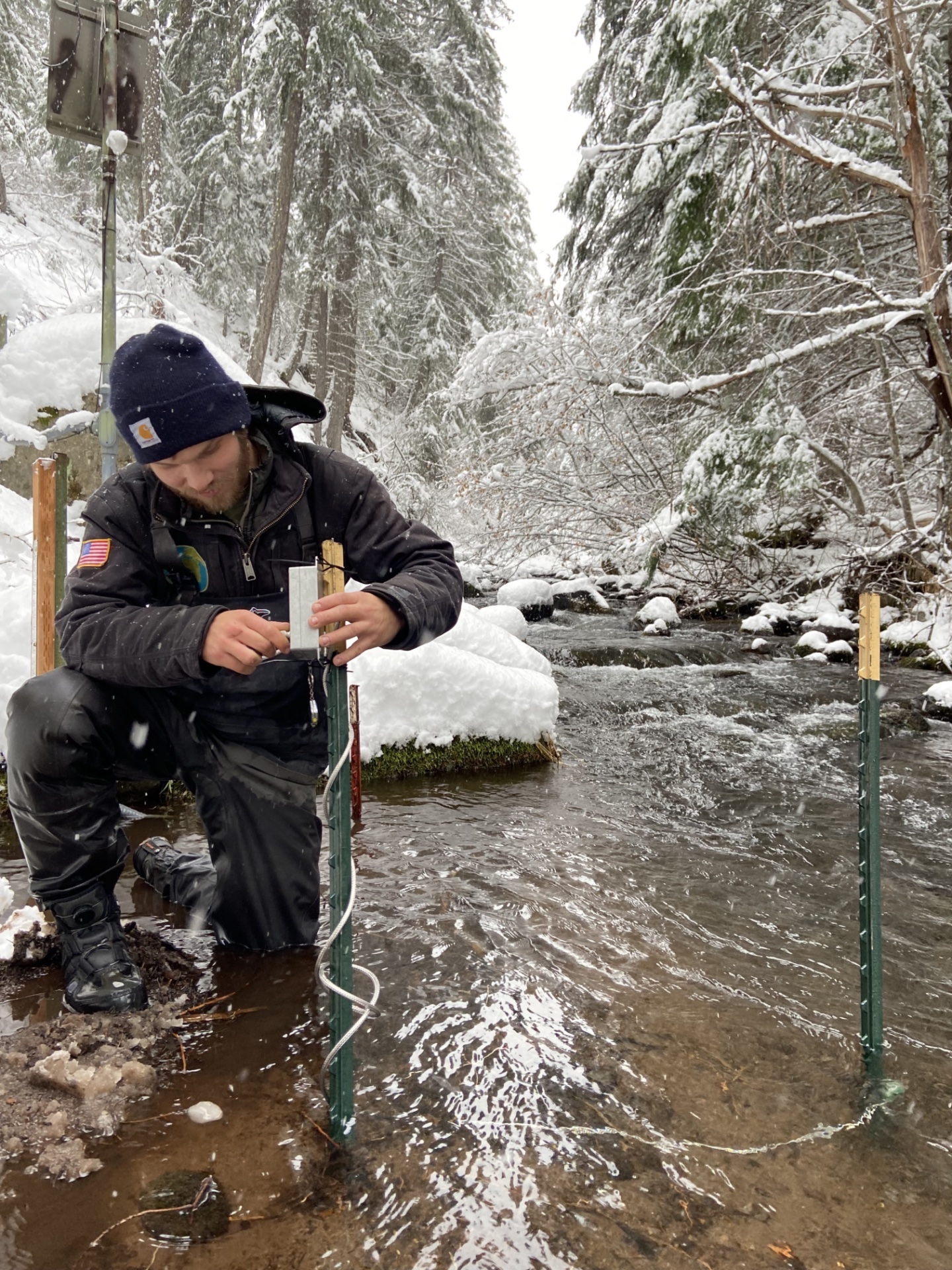 I've been working on a project for many years. It started as a grant from the USGS, where we are trying to develop cost-effective sensors to measure the quantity, temperature, and quality of stream runoff over the course of a year. There are existing sensors that do this, but they're either expensive, have limited capability, or both. The grant was intended to foot some of the bill for R&D into a solution that would then allow us to sell them to USGS and other customers. Along with a friend and coleague, we worked on this for a few years. The grant ended a while ago, but that hasn't kept us from continuing to work! 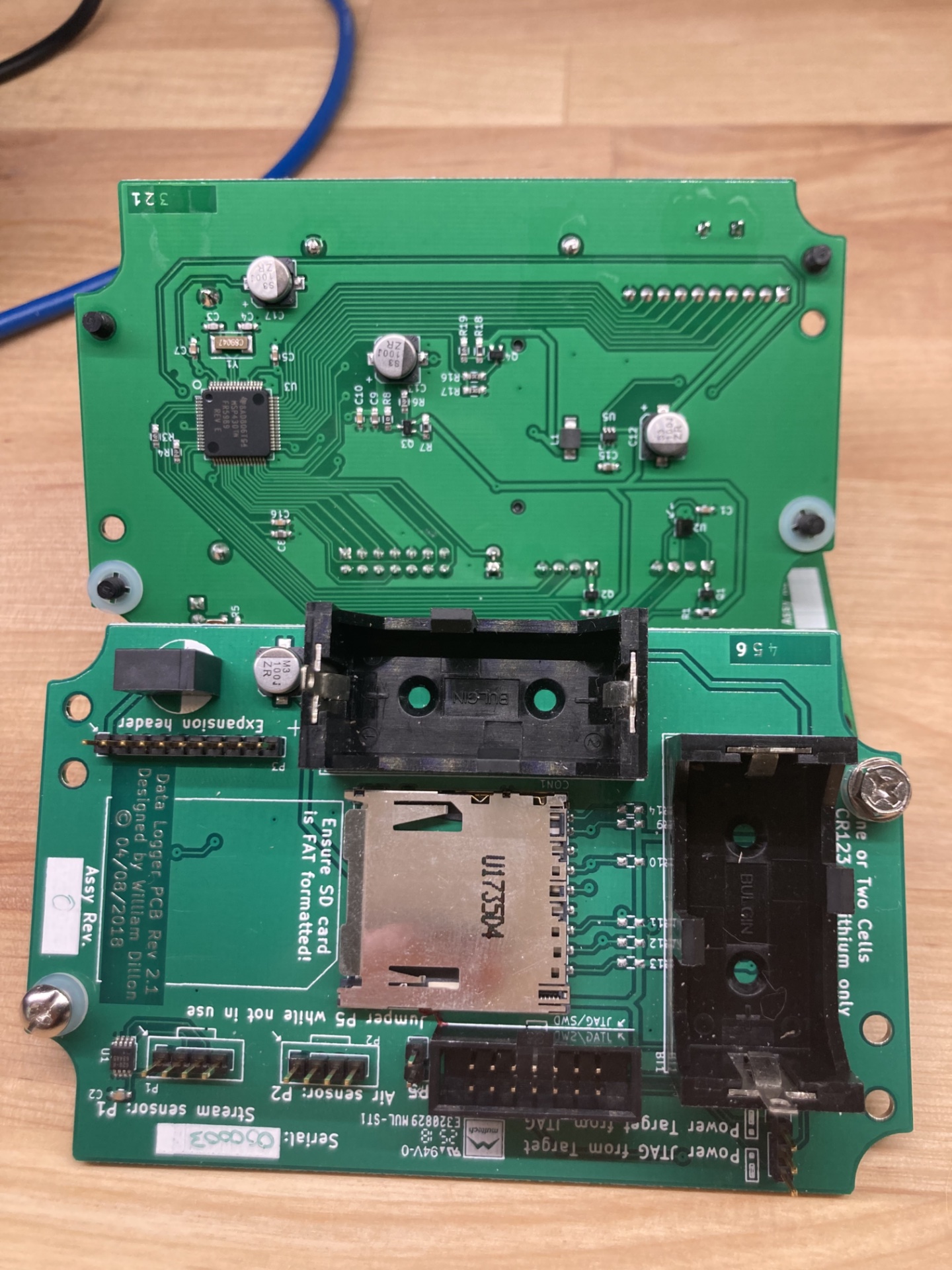 The first version of the device was a TI MSP430-based design that wrote sensor data to an SD card. While this did work, we found that SD cards can be finniky, and consume a surprising amount of power. Ultimately, we couldn't get more than a year of logging on a set of batteries. There probably were opportunities for improvement by refining the amount, and location, of on-board capacitance, but we couldn't get around the limitation of the SD cards. One way or another, someone has to go into the field and either swap-out the loggers, or cards. We always wanted to have a wireless solution, but the technology just wasn't there at the time. Since then, LoRaWAN came out, and proved itself to be a reliable technology for low-power communication over great distances. I bought a some development systems from Seeed studio (who has the best range of LoRa products, in my opinion) and got to work. Slowly, but surely (I have a different full-time job; this is how I spend my weekends), I developed the skills I needed to understand and work with LoRa. Eventually, it became time to branch out on my own, and have some boards built. About this time, I read an article that described a promotion that Seeed's Fusion business was running. They are offering PCBs and assembly for 2 prototypes for free if your project is using their LoRa-E5 module! Not coincidentally (did I mention that their range of LoRa products is the best I've found), I was using the LoRa-E5 module in my designs. All I had to do was follow the instructions in the article, upload my design, and provide the coupon code they sent me. 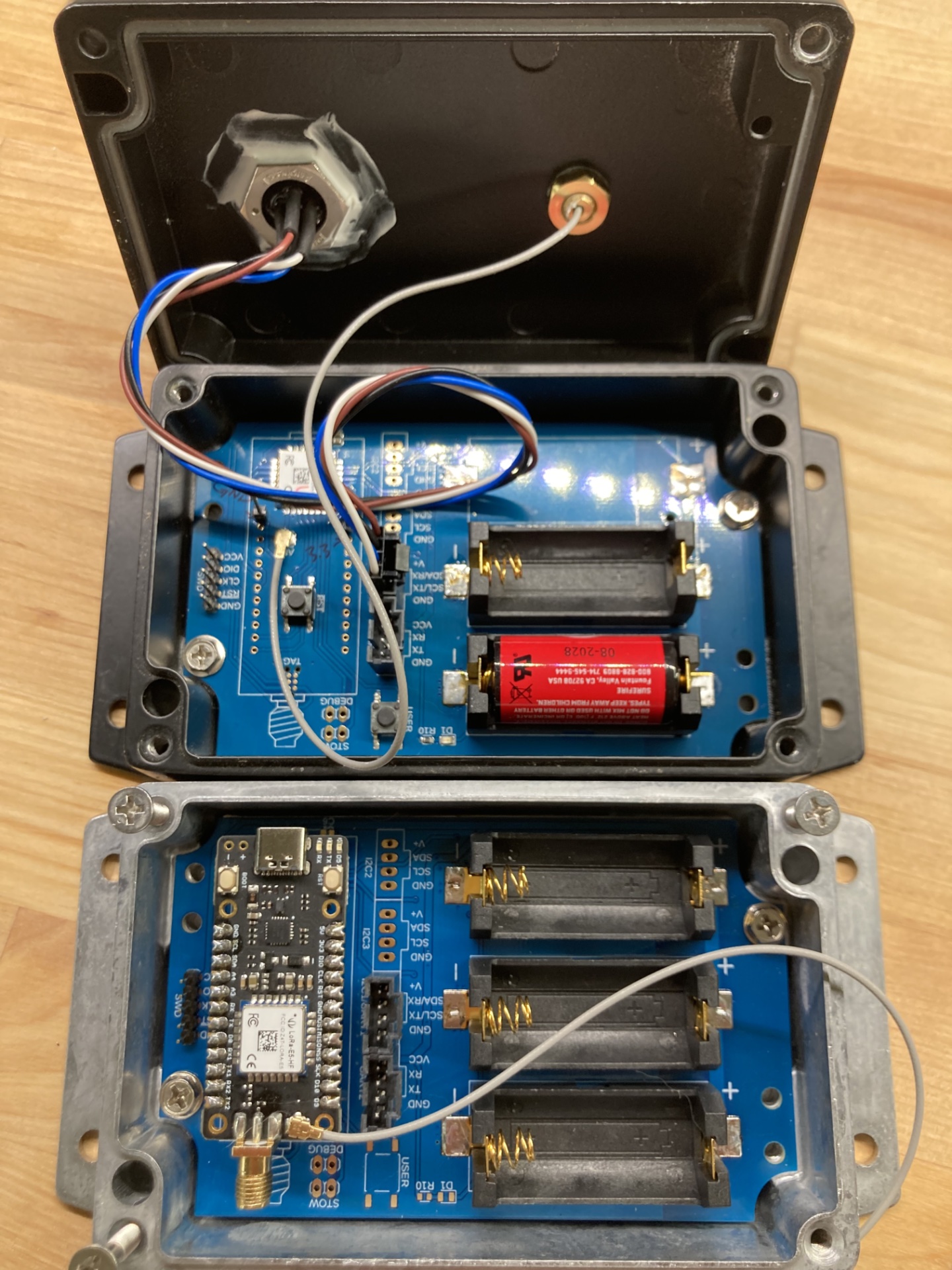 As for the design, there were a few things that I had to keep in mind... My design would be assembled much faster if I used components from their component library, which I was able to do. The other thing is, and I figured this out only after getting my boards, is that you probably should design your boards to be single-side load. That means that all the components that are reflow-soldered are on the same side of the board. In my case, it wasn't a single-side load, and there were some transistors and bias resistors on the back. Seeed didn't complain about this at all, and the assembly charges were still very reasonable. I've had other dual-side load boards made at other CMs, and it increased the price quite a bit. For reference, this design, including 8 bare PCBs and 2 finished assemblies would have cost $220, but with the coupon code cost $0.01. Even without the coupon that would have been a pretty great deal for short-turnaround prototype assembly.

I should note that the coupon code requires writing about your experience with the Seeed Studio Fusion product. This is that post. That said, it is actually very cool. I'm hoping to have to make a much larger run of these boards in the future, and I'm looking forward to being able to do it so simply and easily.