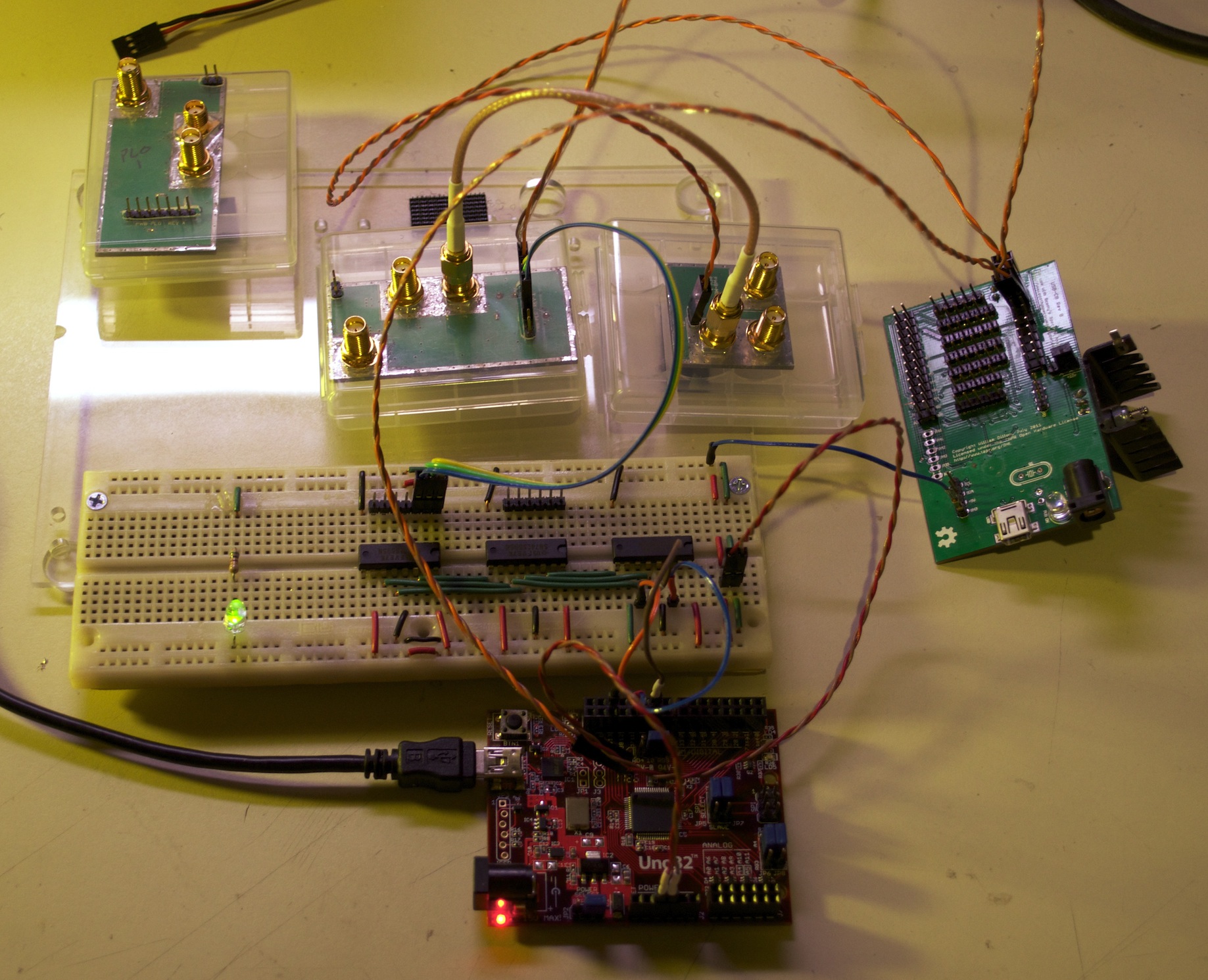 Now that I know that trying to use the BusPirate with the74595′s is basically a non-starter, I've moved on to using the ChipKit. The ChipKit is a arduino-like board with a Microchip PIC32 micro controller.The PIC32 is, as the name would imply, a 32 bit processor, running at 80 MHz.That's pretty impressive, if you ask me. It has a boot loader and software package that makes it more or less compatible with arduino code. I really like that I can just hack something together without all the setting up SFRs(Special Function Registers, or the bane of embedded device programmers existence).

Anyway, I've developed a simple "sketch" (program in arduino terminology) that accepts serial commands and executes SPI transfers using a set of pins through the 74595′s. You can kinda see what's happening in the logic analyzer trace above. The top three traces are the SPI commands to the PLO module. The middle two are the serial in and out of the chip kit. The bottom three are the SPI commands to the 74595′s. I had to zoom out far enough that you can't see what the serial or bottom SPI contents are, but it's basically "$,s,A,B,C,L,DDD…" where A, B, and C are the pins for SPI Chip Select, Clock and Data, L is the length of the transfer in bytes and DDD… is the contents of the transfer. Currently, the limiting factor is the serial communication (by that I mean UART, not SPI),but I'm only using 9600 baud in this example. The ChipKit uses an FT232R USB-Serial converter that is good into the mega-baud. In the future I'll experiment with higher baud rates.

That's basically, all. I just wanted to post and say that it works. By the way, the PLO module happily accepted its commands and tuned to 1024 MHz. :)