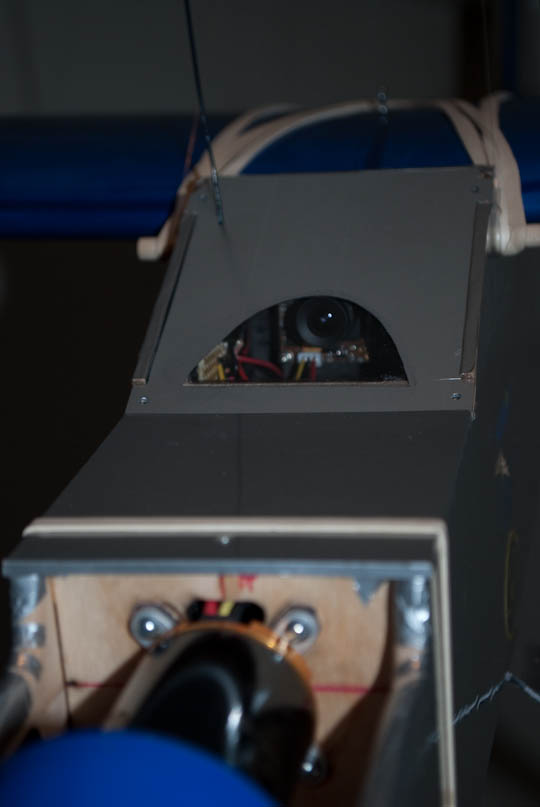 Taking advantage of the crummy weather, I decided to paint the camera module to match my plane. I didn't just do it for the aesthetics, no really, I swear.:) Actually, the real reason I painted it was to prevent stray light from making annoying reflections on the inside of the window. 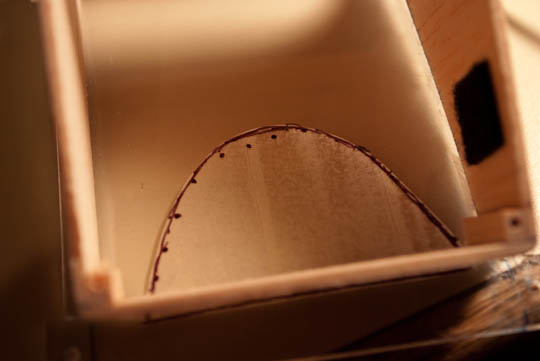 The first thing I had to do was get an idea of the size and shape of the opening that would be needed. I was able to measure it by looking at the video output and marking with a sharpie just outside of the camera view. Once I had all the sharpie marks, I tried to make the shame smooth and symmetrical. SinceI had to mount the camera low in the module, as discussed in thispost, the opening is low, and very parabolic. I then covered the whole top of the window with masking tape and by shining a light through the bottom traced the sharpie line with a hobby knife. Removing the excess tape left a nice mask for the opening. 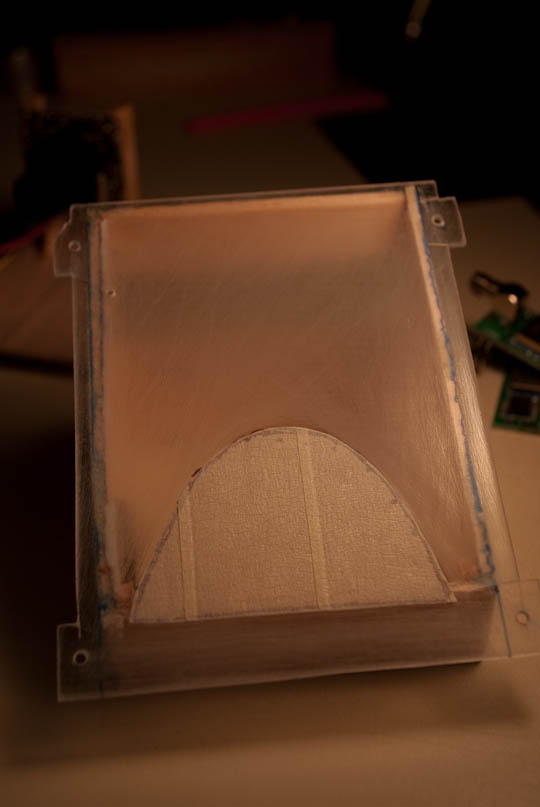 With the opening masked, I sanded the window to give the paint the best chance at adhering. It is apparently a little hard to find plastic spray paint (like Krylon fusion) in silver, so I had to use some general purpose kind. 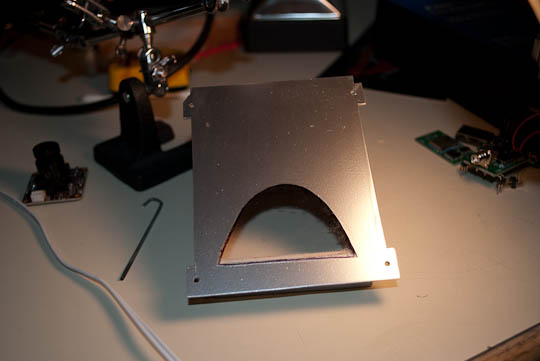 I think the paint on the outside of the window turned out O.K. There is a little dust and lint marring the finish, but it turned out not to matter much.I also wanted to paint the inside with a matte black finish to minimize the chance of reflections from light that is still able to get in through the smaller opening. I used a similar approach to the technique for the outside. I placed masking tape on the inside of the window and shined light in from the other side. I again traced the outline with a hobby knife. 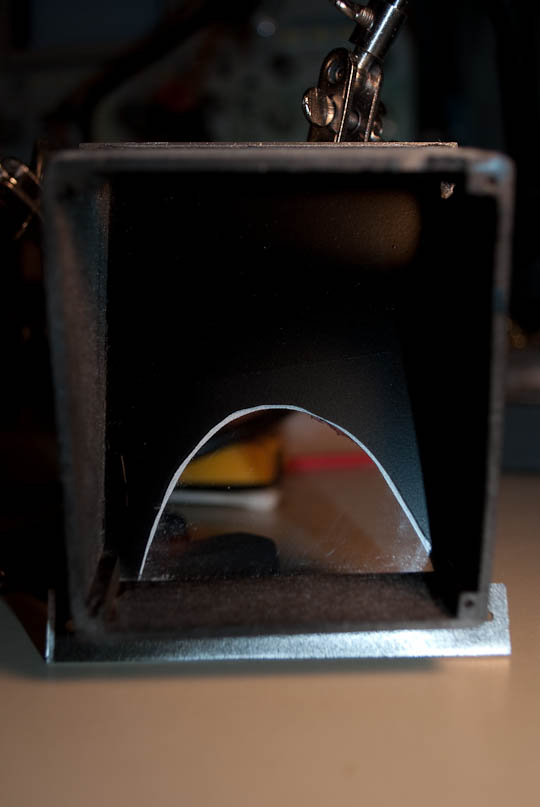 For some reason, I really like the way this turned out. It's all pretty darkin there, and should minimize reflections. I also painted the base of the module to match. 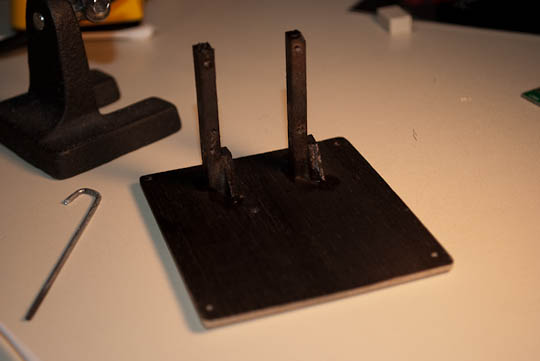 I think everything came together nicely. I really like the finished look, even though I was pretty sure that it was going to look weird. As I mentioned earlier, the lint on the outside paint didn't matter. I put masking tape on the front of the window to protect it while I painted the inside, and it lifted part of the paint when I removed it. This gave it a strange effect, andI'm not sure whether I like it or hate it. Katie says it looks cool, so I'm leaving it for now.

There should be good (enough) weather this Saturday, so hopefully I'll have some video to post!